Recently, a reader’s query was published in Swamy’s News publication.

“After getting one promotion under ACP or MACP, and a subsequent regular promotion, will the employee qualify for another pay fixation?” This was the question’s summary.

An employee is given promotion under MACP only if he/she didn’t get any, under Regular Promotion. The pay is fixed based on 3% increment and Grade Pay difference. So, when regular promotion is given, the pay is revised only if there is a difference in the grade pay.


If another pay fixation is given, it would only result in confusion between Seniors and Juniors.

Incase of getting regular promotion, no change in basic pay and no need of pay fixation. If a second time pay fixation is given, then the Junior will draw a bigger salary than the Senior.

Popular posts from this blog

Age restriction for availing LTC to son and daughter regarding...

July 17, 2012
What is the age of dependent son and daughter for LTC claim...? Is there any rule for unmarried dependent children are eligible to avail Leave Travel Concession or dependency is the only criteria..? Generally says that the female children are eligible upto marriage and male children are eligible upto age of twenty five. And one more view that the age limit for children in case of LTC should be same as for CGHS facility. According to the CCS (LTC) Rules, 1998, there is no indication of age, "Family" definition is given in the rule, "two surviving unmarried children wholly dependent on the Government servant, irrespective of whether they are residing with the Government servant or not". There is no age limit for availing LTC for the wholly dependent son or daughter.
Continue reading...

Application format for getting Emergency Quota in Railways... 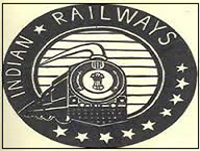 Application format for getting Emergency Quota in Railways... There is no such format has been prescribed for Emergency Quota. However, for availing berths under the Senior Citizen / Ladies Quota, request has to be given in the ordinary Requisition Form available at Reservation Centres along with requisite documents (whenever required). The quota is being  released by the staff in accordance with the priority as per warrant of precedence and well established practice being followed since long. At  the time of allotment of berths, preference is given for travel of high dignitaries. Thereafter, other requisitions received from various quarters are considered and the remaining quota is released taking into account the factors like status of passengers travelling, nature of urgency like travelling on Government Duty, bereavement in the family, sickness, job interview etc. Any person can apply to nearest Emergency Quota controlling authority for release of berths out of Emergency Quota
Continue reading...

July 16, 2012
GENERAL INSTRUCTIONS 1.01 Before applying for any post, the candidates should ensure that he/she fulfills all the eligibility norms. The candidate should have the requisite Educational/Technical qualifications from recognized University/Institute as on the closing date of submission of the application. Those awaiting results of the final examination need not apply. The requisite technical qualification (Degree, Diploma etc as the case may be) obtained through Distance learning mode, except AMIETE, IS NOT considered eligible. RRB may reject the applications of candidates at any stage of recruitment process in case the candidate is not fulfilling the requisite criteria, and if appointed, such candidates are liable to be removed from service summarily. 1.02 The candidates who have been debarred for life from all RRB examinations or the candidates who have been debarred for a specified period which is not yet completed, need not apply in response to this Centralised Employment Notice. Th
Continue reading...